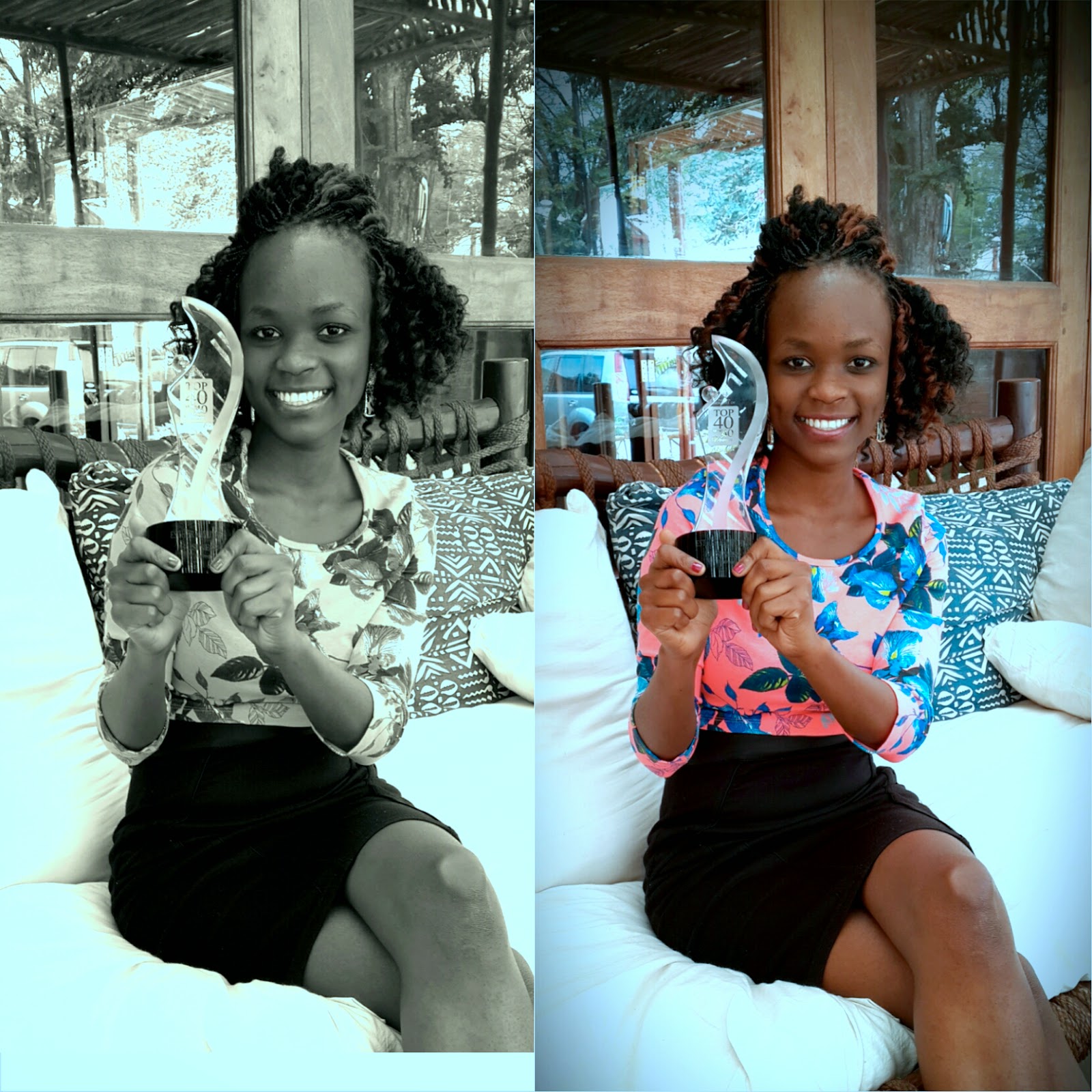 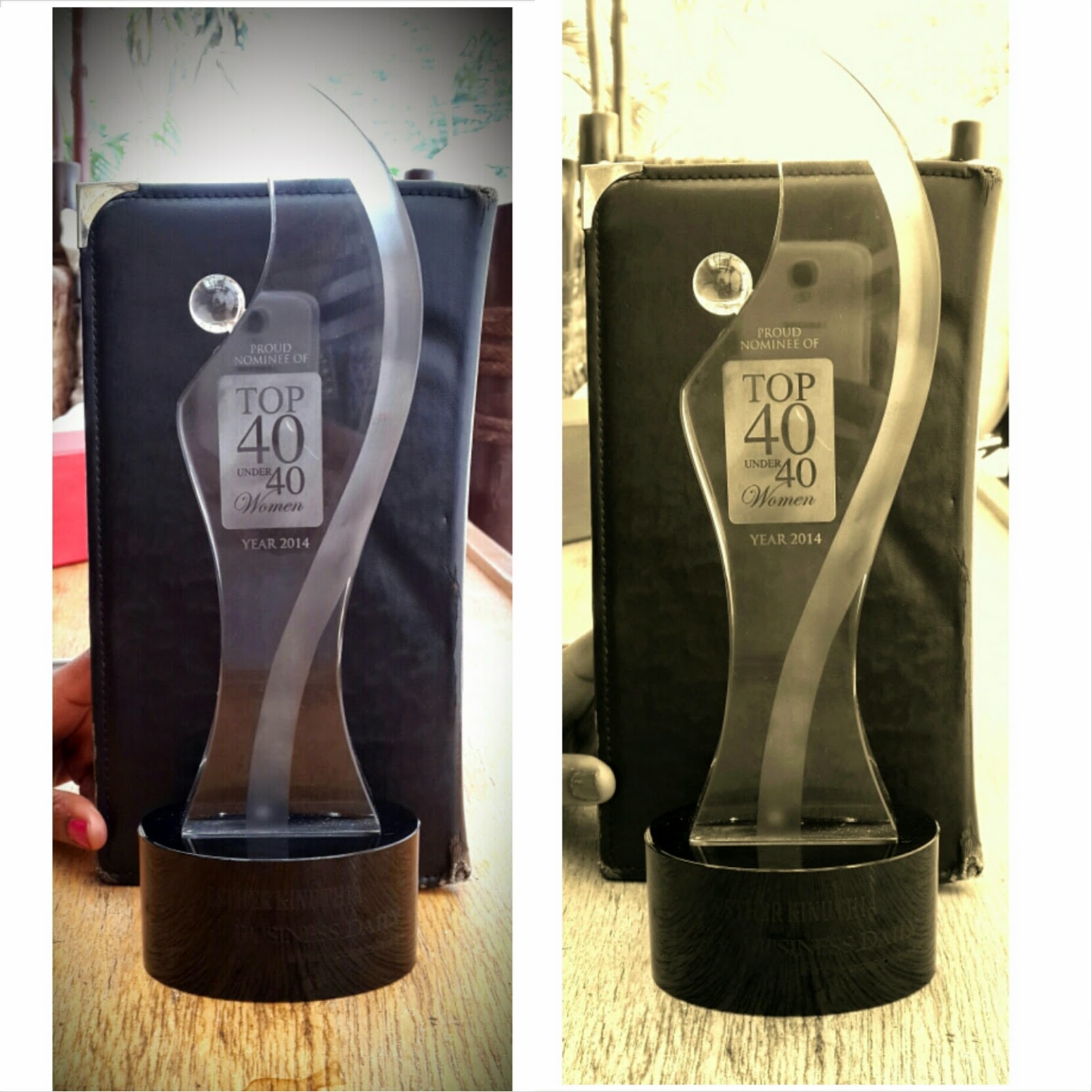 Go-getter, influential, ball of energy.. just a few words to describe this amazing lady I had the chance to sit down with and interview. The second youngest nominee among the 2014 Top 40 women under 40. She is the 22 year old blogger who featured in this year’s list of top 40 women. Who better than to kick off this series? She oozes such confidence, warmth and self-assuredness that is difficult to spot in a person as young as her. This makes the interview smooth, infact like a conversation among old friends. Sit back, be challenged and let’s delve into the life of Esther Kinuthia, blogger extraordinaire. 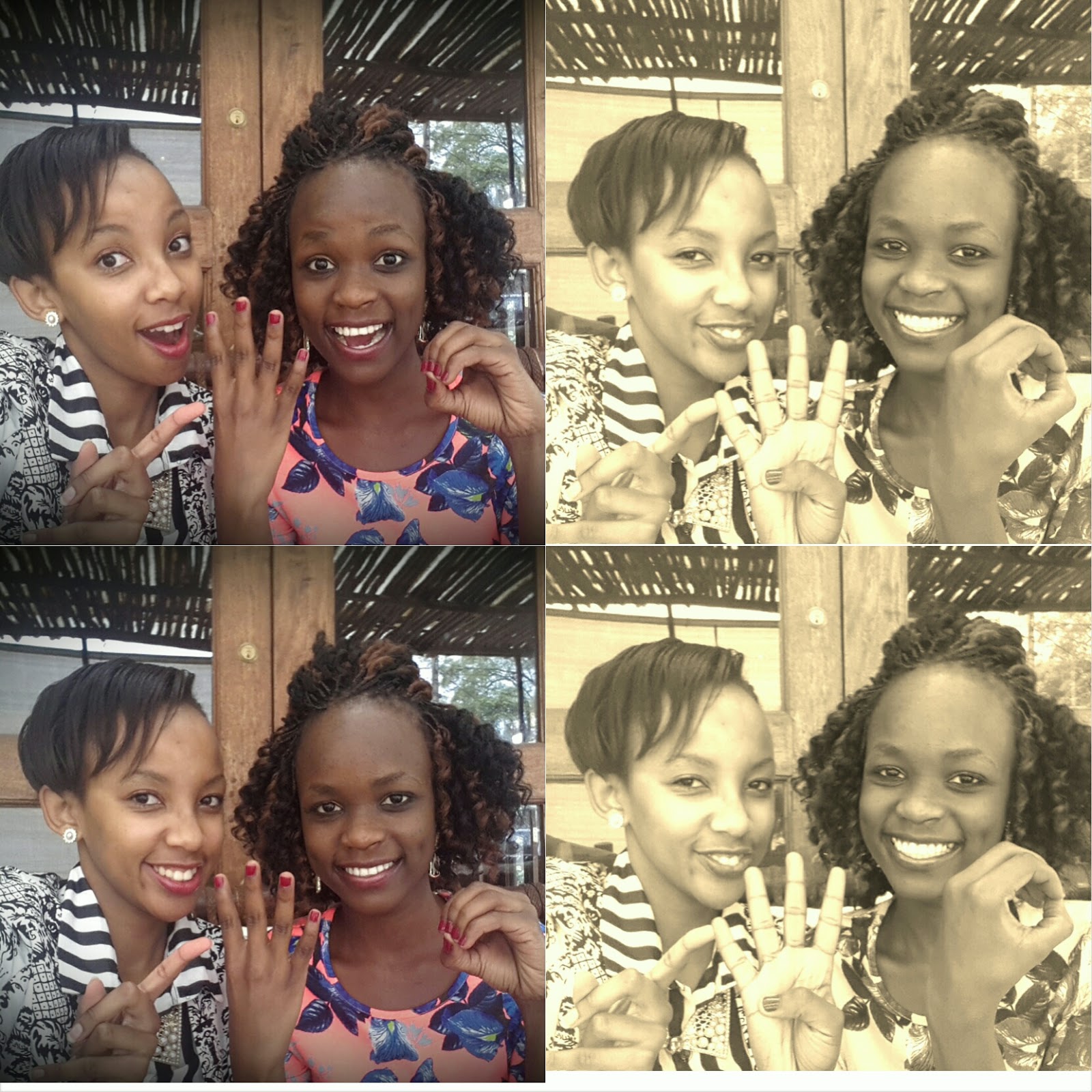 C: You were the second youngest woman in this year’s Top 40 Women under 40. A huge congratulations on that!! Did you expect it?
E: It was such a huge surprise.  At first I thought “Wait is that email meant for me?” I was in such shock when I received the email. The first thing that came to my mind was gratitude. It’s a feeling you can’t describe really, and trying to describe it might just fail to reflect the immense gratitude I have for My Parents, My Family, Friends, Colleagues and basically everyone that has seen me through this journey. This award is representative of the people that have shaped me to be who I am today.

C: So how does it work? Tell us how you got to feature in this prestigious list. Did people nominate you and did you have an idea?
E: Actually, I didn’t even know that there were any nominations going on. Nominations are announced and people begin to nominate people they believe in, you can also nominate yourself as well.  At the end of the day it’s the judges that decide; they assess all the nominations received and narrow it down to the Top 40. I was nominated by someone and the judges picked me.

C: So who do you think nominated you? Do you think it’s your readers or your interviewees?
E: Haha! I don’t know. I don’t know how many nominations I received and from whom. I would like it to remain anonymous. Some of these things are beautiful in simply knowing that someone unknown nominated you; someone somewhere believed in you. I would like it to remain like that. Maybe I could put up a post about it one day and find out who it was , but I think I just want it to remain anonymous. Like I said, this award is representative of people who have seen me through this journey.

C: So how did it feel like being the second youngest nominee?
E: I was the youngest in Kenya. Malaika Firth, the 20 year old nominee, is in the States. So I always like taking “The youngest in Kenya” fete. Again, I can’t find words to describe this amazing feeling. It’s incredibly awesome.I remember when I approached Angela Angwenyi and Lorna Irungu to say hi and they were like “Congratulations”  They already knew me!! Being the second youngest on the list actually made people know me. It’s unimaginably amazing. This award is a huge opportunity to show the African youth it that it can be done regardless of where you come from. 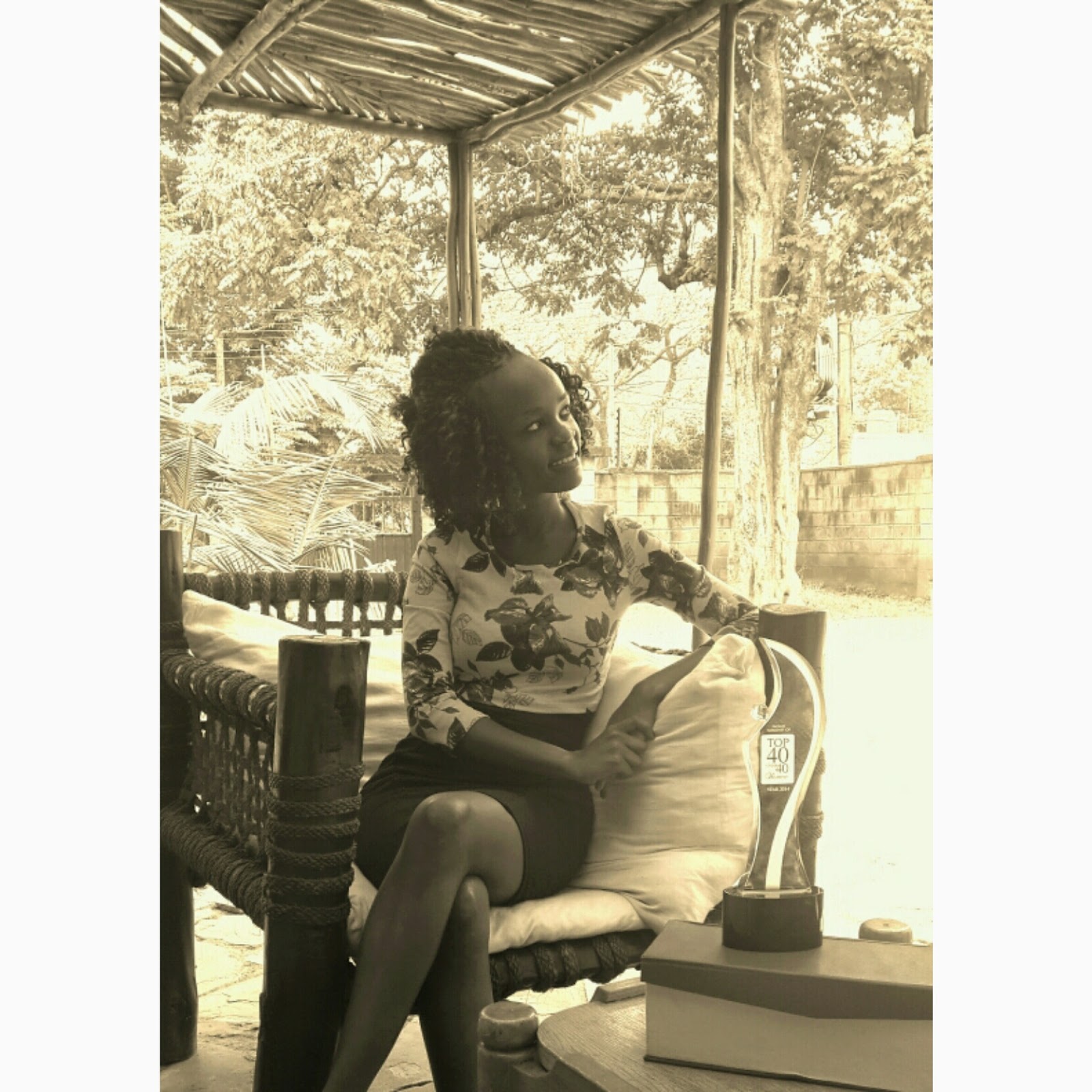 C: There was an award ceremony held recently for the Top 40 women. What was the experience like?
E: It was so much fun. I interacted with lovely ladies. The talks were very inspiring I literally left Safari Park Hotel feeling like the next Bill Gates. The awards were held at the Safari Park Hotel which of course meant great music, great food and great ambiance. It was African themed. Everyone was so friendly ,we took selfies and I left there having made 39 friends. I usually say that the best part about this award is that you get to make some really good friends-amazing ladies in this country. It’s a pool of networking with the best of the best. I am glad to announce that Daddy Dearest was my plus one.

C: Now that you bring up your dad, it makes it a smooth transition into my next question. You talk a lot about your dad. He has been a major support in your life. Tell us a bit about that.
E: My Dad is my biggest fan and supporter. He is the one person that has truly believed in me since I was born. During exams my Dad never told me “Be number one”. Despite being a top student, he never made it seem like being number one was the only thing.  His message was always “ Be the best you can be”
I remember when I was young, I used to be like: “ Dad lets go to the casino and win a million shillings”.  Back then a million shillings seemed like everything. But he’d give me the same answer all the time:  “No Mum, easy money comes and goes. Work hard and get your own money”. These values have been instilled in me since I was young. It’s not that I was born independent or confident, someone had to instill these virtues in me and that has been my Dad. Also, I come from a very tight-knit family. I believe it’s the head of the family who is responsible for creating a good and strong family. I really thank my Dad for My Family. He has been a good example to all of us including some of my siblings who are now parents.

C: How has your dad supported your blogging ambitions?
E: My Dad has been so supportive it’s crazy. He has driven me to most of my shoots and waited for me for hours as I did my thing. Despite being a busy entrepreneur, he’d be there supporting me. Sometimes of course he was scared that I would neglect my education so he’d suggest I focus more on school but he would never tell me to stop blogging. He knows it’s what I really want to do. 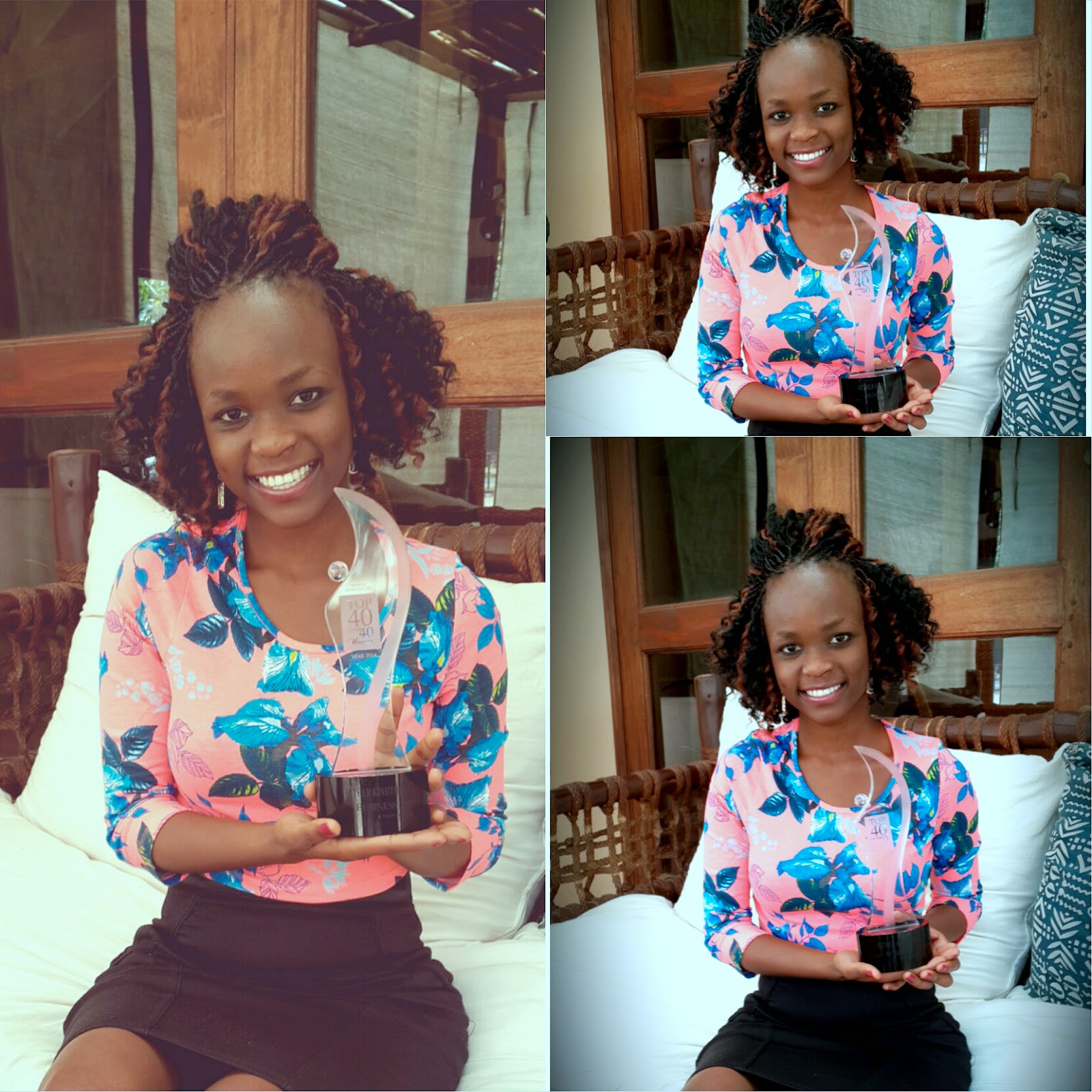 C: How has life been growing up? Walk us through your life from childhood to today.
E: I started In Le Pic Primary school from Nursery to class six. I didn’t go to baby class. In class seven and eight the school required us to board and my Dad doesn’t support boarding. I therefore transferred to Forest View Academy for class seven and eight where I sat for my K.C.P.E. I then went to Kianda School where I sat for my K.C.S.E. I am currently a fourth year student at Strathmore University studying BCOM-Marketing.

C: Miss Independent is the powerful name of your blog. Why that name?
E: The reason I named my blog Miss Independent is because it reflects what I stand for- Being the best you can be without having to wait for connections to help you succeed in life.

C: On that note, how does the “Miss I” persona tie in with your life. How does it influence your interaction with other people?
E: It’s very humbling and inspiring because now I get to be a mentor to various people that have sought mentorship from me.

C: And do your friends understand your busy schedule?
E: I always say a good friend will understand you. I have supportive friends. I think it’s important to invest these young years finding and building yourself, surrounded with true friends.

C: The motto of your blog is: Inform, Inspire, Ignite. Why those words?
E: My motto used to be "Inspire Enlighten and Motivate". When I re-branded this changed to Inform, Inspire and Ignite (Three I’s). I wanted something with I’s but still retaining the same message. My interviews seek to bring out the best in people.
I now have an I-team. I host three blogs under my domain and these are 411, Just a girl and Spark.  Each blog focuses in a unique area. Just a girl handles relationships, 411 handles music and entertainment and SPARK deals with peace, wildlife conservation and clubs.

C: Odipodev hosted your blog for six months. Why the transition from Odipodev to your own independent site? What was the move like?
E: Odipodev hosted me for 6 months after which their business focus changed to data mining. I therefore needed to transition which was not a cup of tea for me. I remember I cried on that night. I needed to get hosting space but I had NO idea what hosting space was. I sought help from i-Lab in Strathmore and was able to make the transition. It was a learning experience where I learnt how to take change positively and how to adapt quickly. 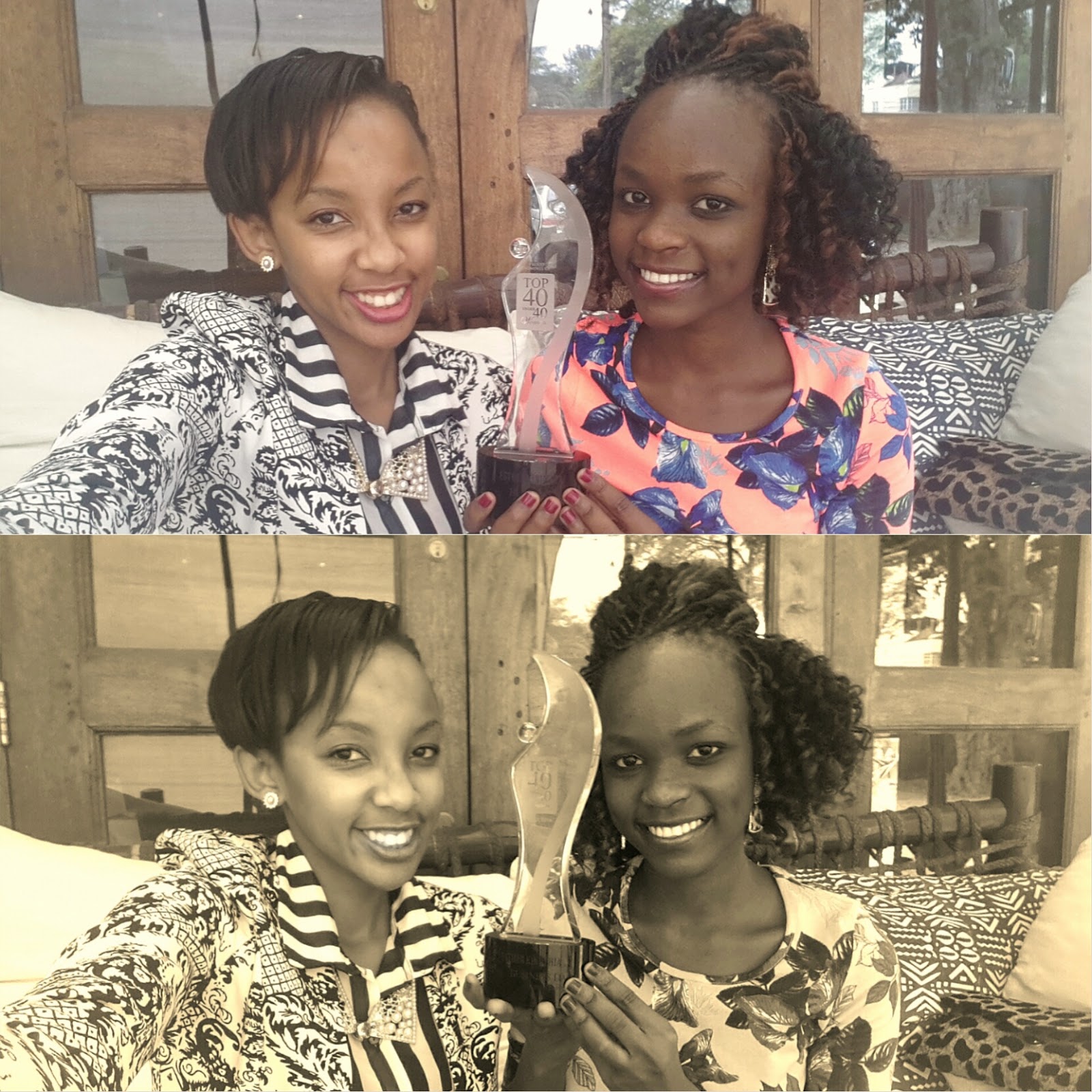 C: What are your future plans with the blog?
E: To give more value to my readers.

C: What one word, adjective or animal would you say describes you?
E: I have 3 animals in mind. An eagle because I always seek to soar higher. A butterfly which is delicate, beautiful but dares to fly against the wind. I don’t conform. Finally a swan which is graceful and loyal. I am a very loyal person.

C: What legacy would you like to leave? When someone says Esther or miss I, what do you want that to be associated with?
E: Happiness and my motto: Refuse to be average. It encompasses values, success and personal development. My blog is based on Albert Einstein’s quote “Try not to become a man of success, but rather a man of value”. This essentially means being the best you can be. When you refuse to be average you will be happy because you will have achieved all your dreams. 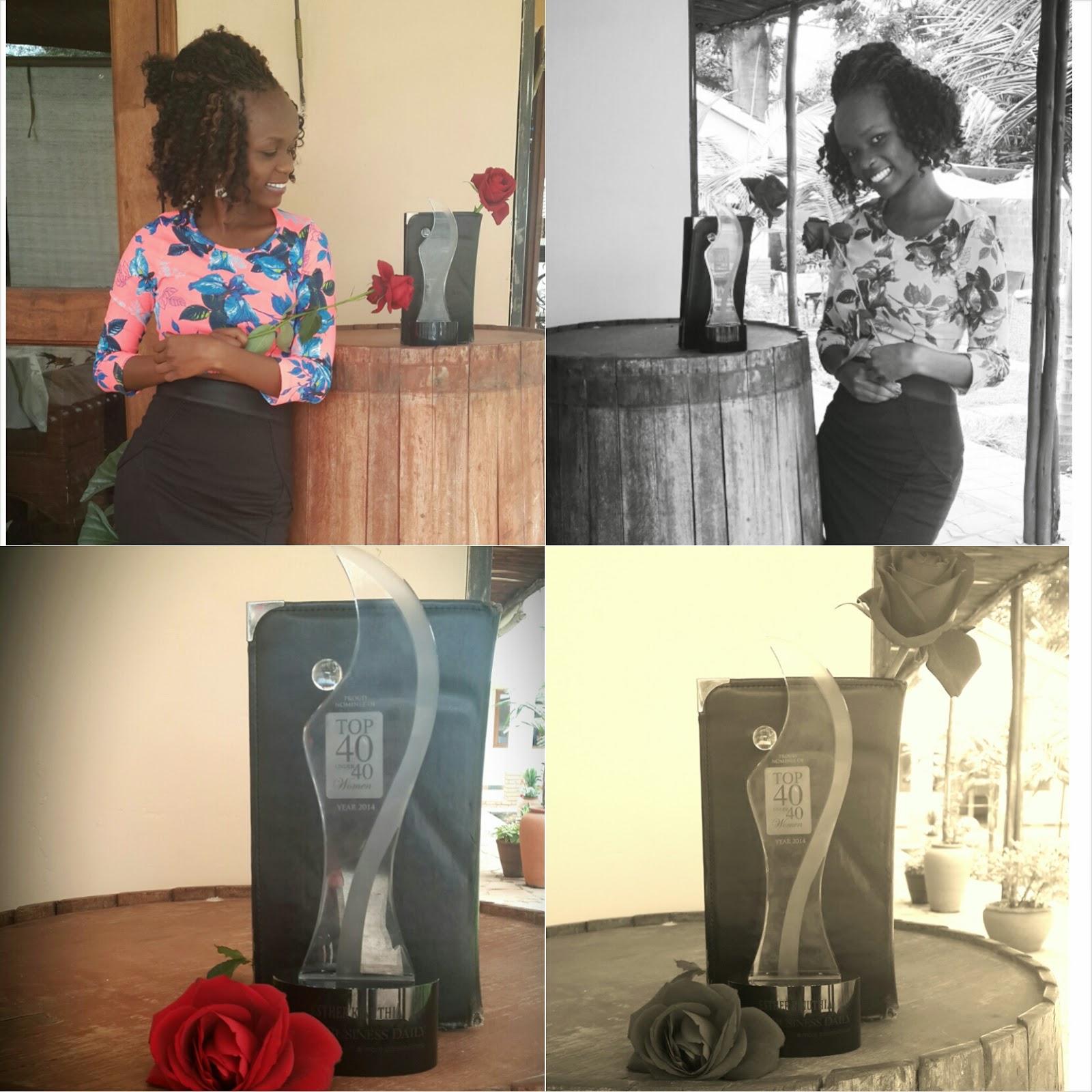 C: The purpose of Calibrated Blossom is to inspire young people to seek and chase inner perfection in all they do. It also aims to encourage a shift in mindset and spur people towards the direction of their dreams. What advice would you give the readers in terms of success?

C: What is your definition of success?
E: Happiness :)

C: If anyone wanted to reach you or have a look at what you do, what would be the best way to go about it?
It’s super easy. Kindly go to my blog ( missindependent.co.ke) and click on the CONTACT ME field. Do shoot me an email and I will respond.

C: Do you have any parting shot?


E: I would like to thank each and every person that reads my blog. My readers have seen me through this journey for the past 16 months, they majorly contributed to me winning the Top 40 woman under 40 award. Finally, REFUSE TO BE AVERAGE. 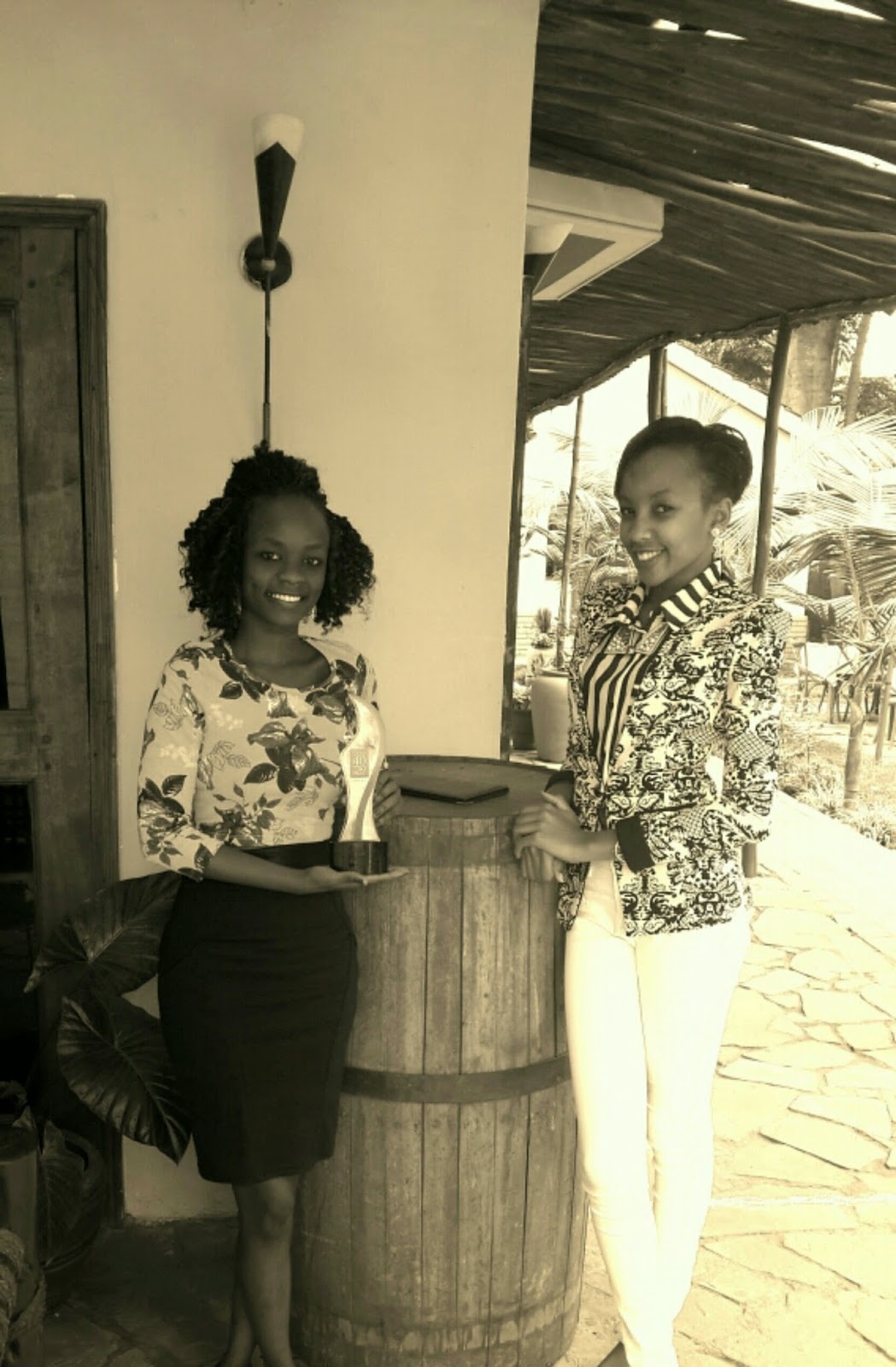